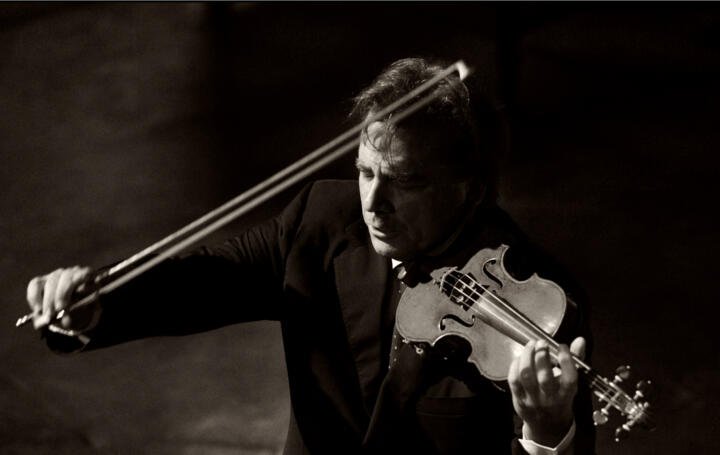 Grammy-nominated violinist Robert McDuffie enjoys a dynamic and multifaceted career. In addition to appearing as soloist with the world’s foremost orchestras on five continents, he has shared the stage with Rolling Stones pianist Chuck Leavell and the late Gregg Allman in Midnight Rider, and with actress and playwright Anna Deavere Smith in Martin Luther King’s Letter from Birmingham Jail. Philip Glass dedicated his Second Violin Concerto, The American Four Seasons, to Mr. McDuffie and he has performed it more than 100 times around the world. Mike Mills of the iconic band R.E.M. composed his Concerto for Violin, Rock Band, and String Orchestra for him. Mr. McDuffie has been performing both works throughout the United States and abroad and has recorded them on the Orange Mountain Music Label. His discography also includes acclaimed recordings on Telarc and EMI.

This season, a performance of A Night of Georgia Music with Mike Mills, Chuck Leavell, rock band and the McDuffie Center for Strings ensemble was recorded live for broadcast on PBS stations around the country. His newest recording, Icons, with pianist Elizabeth Pridgen, features sonatas of Philip Glass and John Corigliano as well as John Adams’ Road Movies, and will be released this Fall. Also this season, he will perform the Brahms Violin Concerto with the Munich Symphony on a 15-city U.S. tour, including Carnegie Hall.

Mr. McDuffie plays a 1735 Guarneri del Gesù violin, the “Ladenburg,” which is owned by a limited partnership formed by Mr. McDuffie.